At Lubyanka metro, the epicentre of the explosion was in the second car," Pyotr Biryukov, the first deputy mayor of Moscow, said. "At Park Kultury, it was the third car. Somebody got into the carriages and blew themselves up." 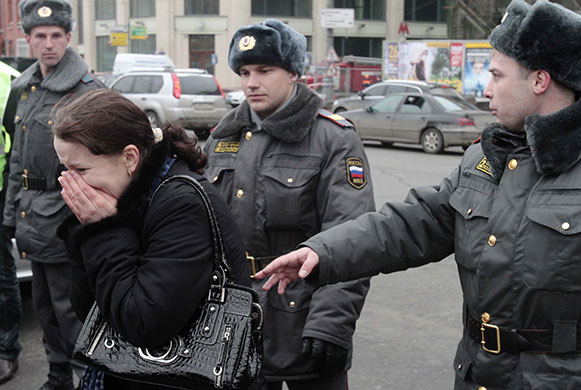 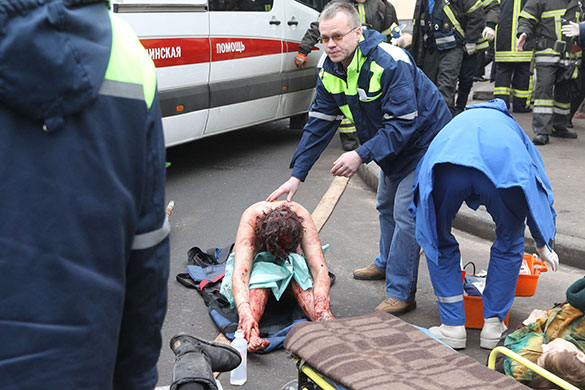 Damage to the stations themselves was minimal, he added, saying that they were expected to reopen later today. 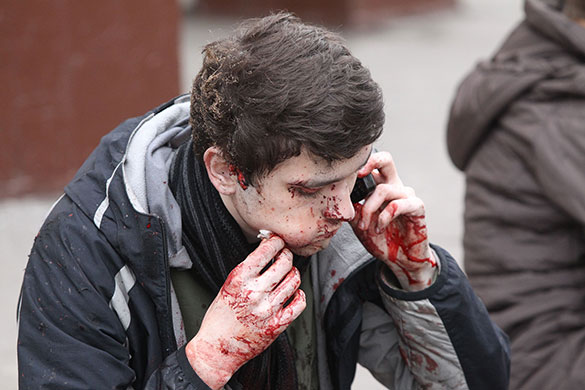 Yuri Syomin, the head of the Moscow prosecutor's office, said the attacks had almost certainly been carried out by suicide bombers who boarded the metro at the height of the rush hour. 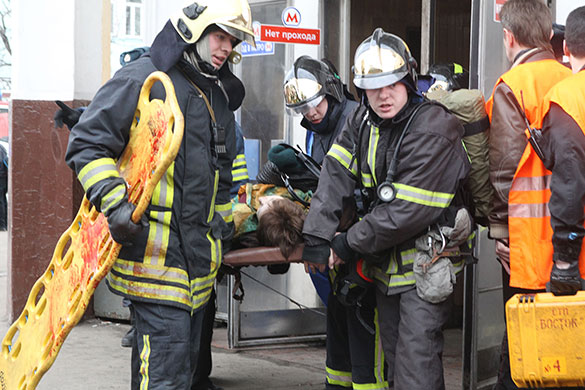 "Investigators are at the scene and people from bomb department are working there," he said. "The figures are not final yet. Now is the time to save people." 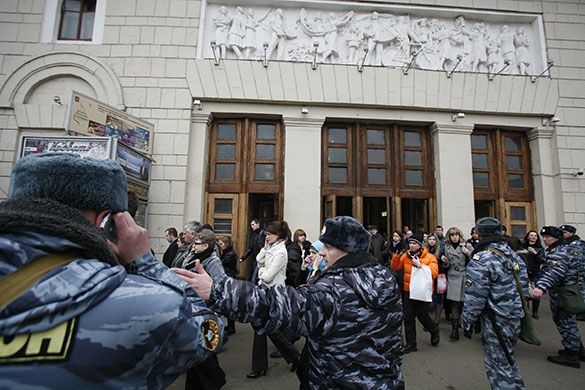 Andre Mishenko, the deputy in charge of the rescue operation, said: "We are going through the carriage at the moment and taking out the dead. 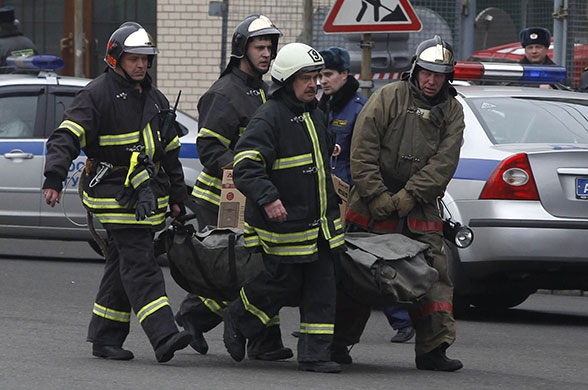 "The victims are being taken to a morgue in Moscow and survivors to Moscow hospitals. Investigations are continuing." 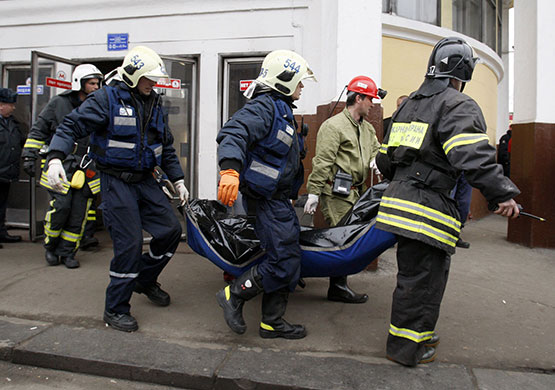 People at Lubyanka were desperately trying to find out what had happened to missing loved ones. 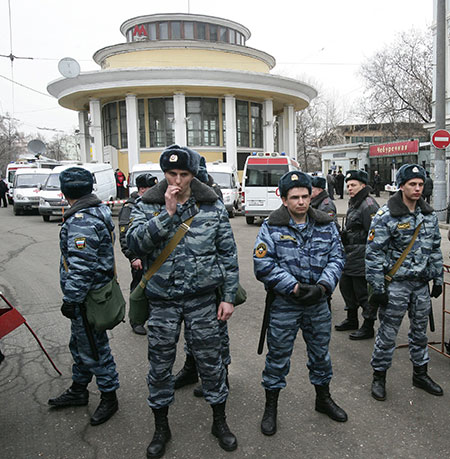 One man, who asked not to be named, said: "I was supposed to meet my wife at 8.20am to take her to the doctor, but she never appeared. I don't know where she is or what happened to her. She is not answering her phone." 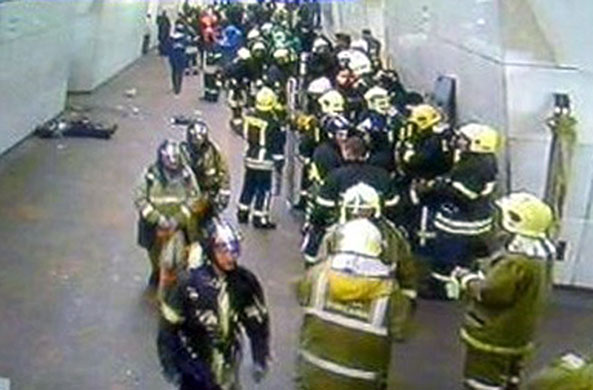 The Russian president, Dmitry Medvedev, ordered senior officials to fight terrorism "without hesitation, to the end", a Kremlin spokesman said. 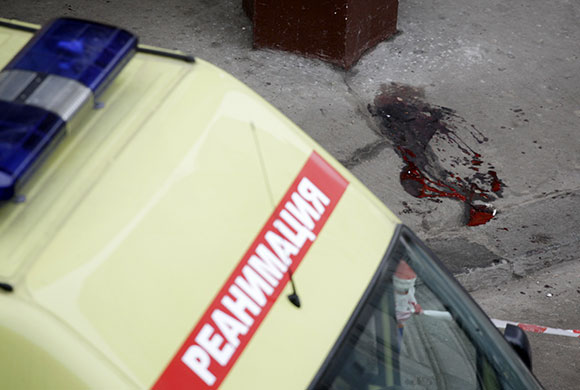 Medvedev said Russia would act without compromise to root out terrorists, but added that human rights must be respected during police operations. 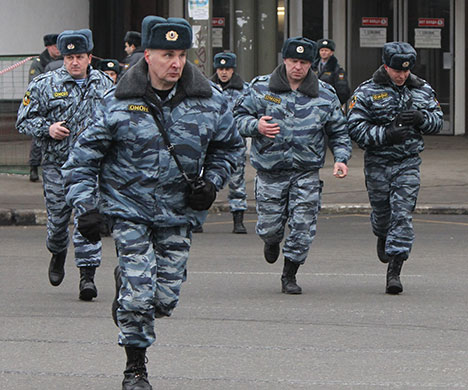 Initial suspicions were that the blasts were the work of insurgents from Russia's unstable North Caucusus, launching a devastating and symbolic attack on the Russian state. 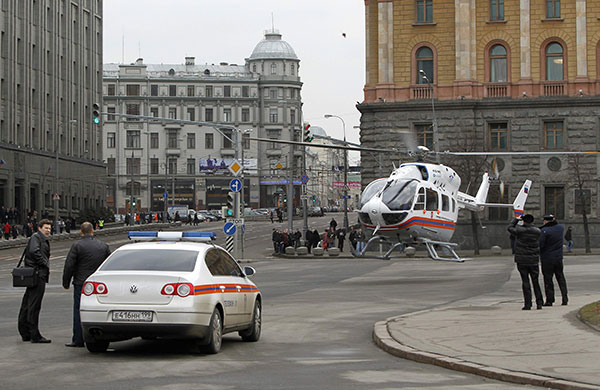 Russian security forces and intelligence agencies, both local and federal, have been waging a brutal campaign against Islamist insurgents in the violent republics of Ingushetia, Chechnya and Dagestan. 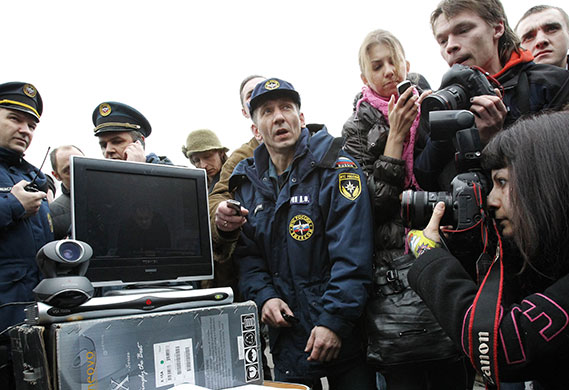 James Nixey, a Russia expert at the London-based Chatham House thinktank, said: "You have to look at the North Caucasus."

However, he added that did not necessarily mean Chechnya, "where Ramzan Kadyrov, Russia's puppet president and local strongman, has achieved a reasonable level of control and where guerilla activity has been squeezed out elsewhere to Ingushetia and Dagestan".

The timing of the attacks, on a busy Monday morning just after Russia moved to summer time, suggested a well-planned and carefully executed campaign designed to bring terror to the heart of the Russian capital.

In February, the Chechen rebel leader, Doku Umarov, warned in an interview on a rebel-affiliated website that "the zone of military operations will be extended to the territory of Russia ... the war is coming to their cities".

Umarov also claimed his fighters were responsible for the November bombing of a Moscow to St Petersburg train, in which 26 people were killed. The Kremlin has claimed that, following two wars in Chechnya from 1994 to 1996 and 1999 to 2005, the situation on Russia's vulnerable southern borders is stable and under control, but today's explosions suggest otherwise.

The last time Moscow was hit by a confirmed terrorist attack was in August 2004, when a suicide bomber blew herself up outside a city subway station, killing 10 people.

The Moscow subway system is one of the world's busiest, carrying around seven million passengers on an average workday.

The blasts practically brought the city centre to a standstill as emergency vehicles sped to the stations. Helicopters hovered over Park Kultury, and at least a dozen ambulances were at the scene.