Breakthrough Is Reported in U.S. Arms Pact With Russia

WASHINGTON — President Obama and his Russian counterpart, President Dmitri A. Medvedev, have broken through a logjam in their arms control negotiations and expect to sign a new treaty in Prague next month that would slash American and Russian nuclear arsenals, officials from both nations said Wednesday.

Mr. Obama and Mr. Medvedev still need to talk once more to finalize the agreement, but officials were optimistic that the deal was nearly done.

The two sides have discussed a signing ceremony in Prague in early April, marking the anniversary of the first meeting between the two presidents and of Mr. Obama’s speech outlining his vision for eventually eliminating nuclear weapons. 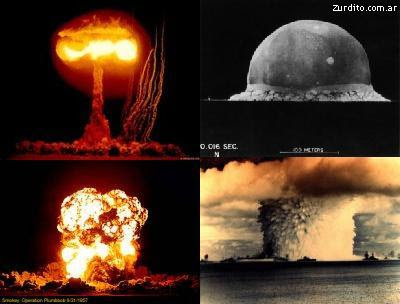 The new pact would replace the Strategic Arms Reduction Treaty of 1991, which expired in December, and would require both sides to reduce their warheads and launchers by more than one-quarter. The agreement is the most significant accomplishment so far for Mr. Obama’s policy of trying to “reset” relations with Russia. It is intended to pave the way for another more far-reaching round of reductions later in his term.

Neither the White House nor the Kremlin would formally comment on Wednesday, but officials on both sides confirmed that an agreement was close to done. A Kremlin official, who spoke on condition of anonymity, said there was basic agreement on the text of the pact, although not all the wording had been finalized. He confirmed that Prague would be the likely location of a signing ceremony, although that too needed to be finalized.

Mr. Obama met at the White House on Wednesday morning with Senators John F. Kerry of Massachusetts and Richard G. Lugar of Indiana, the senior Democrat and Republican on the Senate Foreign Relations Committee, to brief them on the status of the treaty. To go into effect, a signed treaty would have to be ratified both by the United States Senate and by the Russian parliament.

The breakthrough ended nearly a year of difficult and tumultuous negotiations that went on far longer than the two sides initially expected. Mr. Obama and Mr. Medvedev first agreed to negotiate a treaty during a meeting in London last April, and then set parameters for the agreement during a meeting in Moscow in July. But the December deadline for finishing it came and went without a deal.

The two sides quarreled over issues like verifying compliance, sharing telemetry and limiting missile defense programs. Mr. Obama scrapped former President George W. Bush’s original plans for an antimissile shield in Europe and offered a new plan, but Moscow objected to the new version as well and wanted the treaty to restrict the American program. Mr. Obama refused, and the Russians eventually had to settle for nonbinding language recognizing the relationship between offensive and defensive weapons.

Arms control advocates consider those reductions to be relatively modest. But Mr. Obama wanted to negotiate a relatively straightforward replacement for the Start treaty as a way to rebuild trust with Moscow, leading to more ambitious agreements down the road.

Once this first treaty is done, the administration wants to open talks on further reductions in deployed strategic nuclear warheads, perhaps down to 1,000 each, as well as elimination of at least some of the thousands of strategic warheads currently in storage, and the thousands more tactical nuclear bombs that each side has.

If the two sides do finalize the treaty and sign it in Prague in early April, it would boost the momentum for the broader nuclear nonproliferation summit that Mr. Obama is scheduled to convene in Washington on April 12 and 13. The United States and Russia could go to that summit, and a later meeting on the nuclear Nonproliferation Treaty, with tangible progress to show in meeting their disarmament goals.

A new arms control treaty would also be politically valuable for the White House, joining the new health-care legislation Mr. Obama signed on Tuesday in demonstrating progress on both foreign and domestic issues after months of frustration over unmet goals. Mr. Obama and Mr. Medvedev managed to finally cut through their final disagreements during a telephone call on March 13, even as the American president was pressing House Democrats to pass his health care plan.

Peter Baker reported from Washington and Ellen Barry from Moscow.