What is a dream but a reel of images you can only see when your eyes are closed? Every other definition is subjective. Visions, visitations, the workings of the subconscious, the reliving or reordering of experience, yearnings and fears transformed into outlandish scenarios: whatever else they represent, dreams take the form of secret and inexplicably linked images. And though they seem a modern obsession, no artist has ever made their mystery more perfectly visible – turned it inside out – than Michelangelo 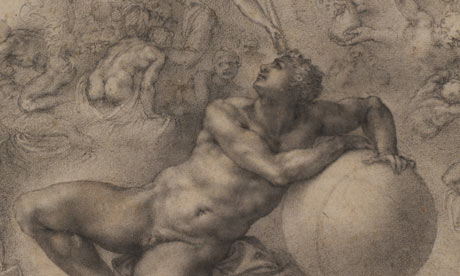 Michelangelo's Dream, as it is known, is the centrepiece of one of the greatest (yet smallest) shows you will ever see. The drawing shows a winged figure alighting from the skies, blowing a soundless trumpet into the forehead of a sleeper; though at first glance this male nude seems more awake than asleep, for his eyes appear open. Beneath him is a box full of theatrical masks; propped at his back a rock-hard globe; around him a halo of spectral scenes materialising on the page like breath on a mirror.

But what strikes straight away is the incredible softness of the drawing and the strange weightlessness of the sleeper. So magnificently muscled and yet light enough to levitate, he might be a figment in himself; Captain Marvel minus his costume. But that only covers the content. What is so exceptional is the way these images are present without quite being defined, and defined without being altogether present. They fade in and out, diaphanous, unreal, scenically separate and yet continuously interlinked. Our stock analogy for dreams is cinema, but Michelangelo is closer to the truth: precise as they are, his pictures are already vanishing, as if escaping from memory.

The Dream was made around 1533 for Tommaso de' Cavalieri, the love of Michelangelo's life. The artist was 57 when they met, the young Roman nobleman somewhere between 13 and 20 but probably nearer to 13. Or so one hopes, given the embarrassing bathos of his response: "ben fatto", he writes back, "well made". 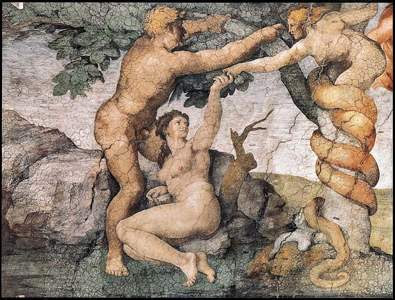 Every surviving gift from Michelangelo to de' Cavalieri is in this show: letters, poems, drawings in black and red chalk. Some have never travelled outside Italy before. You can try to make a love story from the images, as some scholars have, citing all these beautiful bodies in motion, striving, falling, surging, heroic; though in this respect they are pretty much indivisible from the rest of Michelangelo's art whereas the letters are openly adoring. Of de' Cavalieri's feelings little is known: he married and had children; he learned to draw from these works; he was there at the artist's deathbed.

But the drawings bring Michelangelo's mind far closer than the Sistine ceiling (or the letters) ever can, and here are the show's revelations. That Michelangelo is the greatest draughtsman who ever lived is a commonplace, even though his was an age of incredible performers on paper. And everyone knows that his figures excel, that his grasp of form and conflation of the real with the ideal are without parallel. 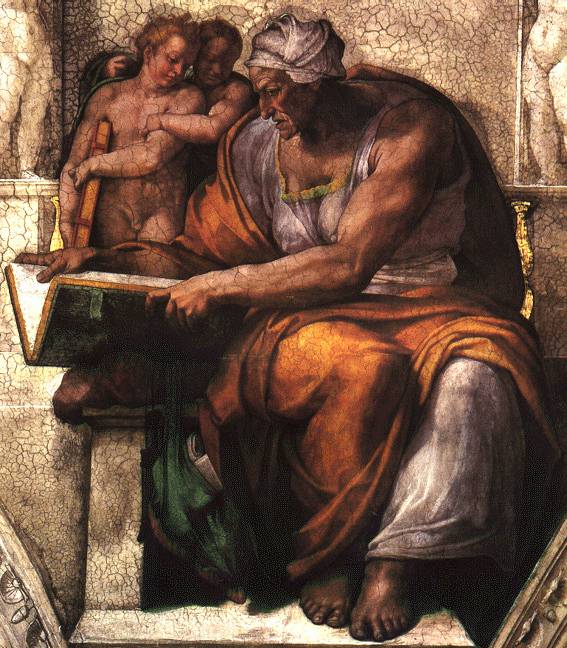 But it is much harder to catch the strangeness of Michelangelo's originality than its power. Standing close, you become intimate with its inflections here. What would it be like if a chariot and horses were tipped from the clouds, to decimate the doomed below? How might a torso look when solidifying into a tree? Is a satyr more comic than sinister? Nobody has ever seen such things, still less an eagle ravishing a boy or a corpse quickening into life, but Michelangelo makes the barely conceivable spectacularly real.

To see the so-called presentation drawings all together is a dreamy, stream-of-consciousness experience in itself. Characters, motifs and ideas appear and reappear; each work seems to give rise to the next. Phaeton plunges from his chariot, Ganymede is snatched upwards by the bird, his helpless limbs spreadeagled; the winged spirit swoops to the sleeper, the spirit leaps skywards from the grave.

The same figure – Tityus, prone, shackled and about to be devoured by another eagle – even doubles as Christ rising from the tomb. Michelangelo simply flips the page, holds it to the light and resurrects the form, inspiring it with new life. The Bible story becomes a model for his art.

And the apotheosis of the show is one final uprush: Christ's stone-cold body returning to eternal life in a shiver of futurist motion. Which other artist could endow solid form with such supernatural lightness: Christ rises, but there is no visible source of force, within or without. Is this, the drawing implies, what divine power might be like?

It is a lightning strike of pure imagination, like the nearly-meeting fingers of God and Adam between which one imagines the sparks leaping. Michelangelo seems to intuit, and anticipate, electricity; and even the fluid continuities, if not the medium, of cinema. If this sounds far-fetched, compare Michelangelo with his peers in a special section of this superbly curated show.

Of the many contemporaries who copied The Dream, not one could help fixing the images and limiting the space. Even Dürer's equally mysterious Melancholia, with its morose angel in her junkyard of allegorical symbols, is earthbound and heavily defined. Whereas Michelangelo's visions appear to be still arriving on the page, while at the same time departing: their dimension not so much space as time. The Dream makes the mind's motions visible (and, of course, those of the artist). The crux of the drawing is the dreamer's eye, open and yet unseeing. Even with a magnifying glass it is still not possible to determine the implied angle of vision. The pupil is barely discernible, a chalk particle, and the look is inward; inward looking – the very definition of a dream.