Jack Straw privately warned Tony Blair that an invasion of Iraq was legally dubious, questioned what such action would achieve, and challenged US claims about the threat from Saddam Hussein, it was revealed today .

Straw, foreign secretary at the time, gave what now seems prophetic advice in a letter marked "secret and personal", 10 days before Blair met George Bush at the US president's ranch in Crawford, Texas, in April 2002. That was nearly a year before the invasion.

In his letter, about which he is expected to be questioned when he testifies at the Chilcot inquiry this week, Straw warned Blair, then prime minister: "The rewards from your visit to Crawford will be few … there is at present no majority inside the PLP [parliamentary Labour party] for any military action against Iraq."

Straw warned of two legal "elephant traps". He said, "regime change per se is no justification for military action", and "the weight of legal advice here is that a fresh [UN] mandate may well be required".

Despite the warnings, a previously leaked briefing paper for a meeting of the war cabinet in July 2002 states: "When the prime minister discussed Iraq with President Bush at Crawford in April he said that the UK would support military action to bring about regime change."

The Chilcot inquiry has heard that the Crawford meeting was crucial. It was there that Blair assured Bush that Britain would join a US-led invasion of Iraq and topple Saddam despite legal advice which noted that regime change could not be justified, according to witnesses.

The inquiry has heard that Blair agreed it was preferable first to pursue UN backing for an invasion.

Straw also told Blair before the Crawford meeting that Iraq posed no greater threat to the UK than it had done previously and questioned whether it posed as great a threat as Iran or North Korea. He added that there was "no credible evidence" linking Iraq al-Qaida and that the "threat from Iraq has not worsened as a result of 11 September".

Straw continued: "If 11 September had not happened, it is doubtful that the US would now be considering military action against Iraq."

As foreign secretary, with responsibility for MI6, Straw would have given his warnings to Blair based on advice from the intelligence agencies. His letter to Blair, leaked to the Sunday Times, questioned the purpose of an invasion. He warned Blair: "We have also to answer the big question – what will this action achieve? There seems to be a larger hole in this than on anything." He added that there was "no certainty that the replacement regime will be better".

The Chilcot inquiry has heard how ill-prepared the US and British governments were for the aftermath of the invasion and how ministers prevented military commanders from drawing up plans and ordering equipment so as to avoid alerting the public and parliament that military action was likely.

Geoff Hoon, then defence secretary, is likely to be pressed on this when he gives evidence to the Chilcot inquiry on Tuesday. He is also likely to be asked about the attitude of the Treasury under Gordon Brown, who was then chancellor, towards requests for more money from the Ministry of Defence.

Hoon can expect to be questioned about why he did not explain that the notorious 45-minute claim in the government's now discredited Iraqi weapons dossier referred only to battlefield biological and chemical weapons and not to long-range missiles.

Hoon said he did not tell Blair and did not correct misleading reports in the media at the time because he found the task of correcting points made in the press to be time-consuming and frustrating.

Alastair Campbell, Blair's communications chief who gave evidence to the Chilcot inquiry last week, has written to the inquiry saying he did not want to give the impression that Blair was entitled to say that claims about Saddam's weapons programme were "beyond doubt" even if intelligence chiefs had disagreed.

Campbell insists Blair was entitled to make the claim because he believed it was supported by the intelligence. 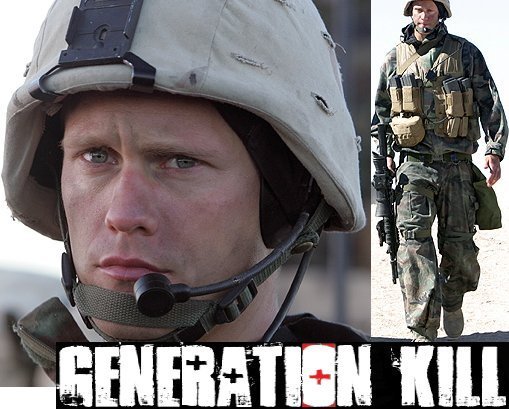 Senior officials responsible for assessing the intelligence, including Sir John Scarlett, then chairman of the joint intelligence committee, have questioned Blair's claim in earlier evidence to the inquiry.

The inquiry has revealed that it took evidence from Lt Gen Sir John Reith, chief of joint operations at the time of the invasion, in secret last Friday.