"The Case for More Stimulus"

The consensus among economists is that the recession is over, and, technically, the herd is probably right. Corporate profitability has been boosted by job cuts, pay cuts and a drive to restock depleted inventories. Immense federal stimulus has jolted the economy. 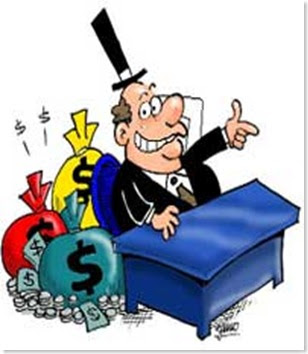 But what happens when those measures run their course? The economy is going to need more government support, or it is bound to be very weak for a very long time — and vulnerable to a relapse into recession. Unemployment is expected to worsen well into next year, exceeding 10 percent. Foreclosures are expected to rise, which will push home values down further. Hundreds of small and midsize banks are likely to fail in coming years. State and local governments face budget shortfalls in 2010 that are as bad or worse than this year’s.

Yet is not providing a coherent plan for effective stimulus. The Senate has been hamstrung for nearly a month over the most basic relief-and-recovery boost: an extension of unemployment benefits. The Obama administration has called for an expensive crowd-pleaser of dubious effectiveness: sending every Social Security recipient an extra $250.

And is mired in a warped political debate. Congressional Republicans say continued economic weakness is proof that February’s stimulus package failed. Lawmakers in both parties fret that large budget deficits preclude more stimulus, lest the burden of debt outweigh the benefit of deficit spending.

Both arguments are wrong. If anything, ongoing economic problems are a sign that stimulus needs to be bolstered. Deficits are a serious issue, but the immediate need for stimulus trumps the longer-term need for deficit reduction. A self-reinforcing stretch of economic weakness would be far costlier than additional stimulus.

The Senate could take a step in the right direction by extending unemployment benefits without further delay. That is the single most effective way to boost consumption — which, in turn, preserves jobs — because it creates spending that would otherwise not occur.

Next, Congress and the administration should agree on ways to ease the dire financial condition of the states. Most important is continued aid for state Medicaid programs, which would ensure vital services, support jobs and free up money for other needs. Governors will begin to prepare their new budgets in early 2010, and those budgets will be in effect for a year, starting in July. So the states need to know soon what to expect from the federal government through mid-2011. As long as the states are suffering, any economic recovery efforts by the federal government are undermined.

Other measures being floated are less effective than unemployment benefits and aid to states. Many of the $250 checks to Social Security beneficiaries will not be spent quickly, because many recipients have no pressing need for the extra money. Proposals by some lawmakers to extend and expand the $8,000 tax credit for first-time homebuyers are even less well targeted. Since it was enacted in February, only an estimated 15 percent of buyers who claimed the credit needed the money to make the purchase. It’s not stimulus when you pay people to do something they would have done anyway. It’s waste.

To be highly effective as stimulus, cash aid must be targeted to needy populations. The housing market would be better served by a reinvigorated attempt to reduce foreclosures, including, at long last, reducing principal balances for the millions of people who owe more on their homes than they are worth.

Without another round of effective stimulus, the worst recession in modern memory will likely become — at best — the weakest recovery in modern memory. Another boost to federal spending that is targeted and timely should not be too much for politicians to deliver.