Greetings From the Sunshine State

Greetings from the Sunshine State. 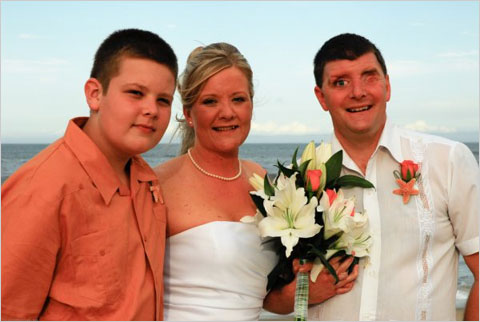 My name is Michael L. Jernigan and I have been invited to come back and participate in the Home Fires blog again. A lot has happened since we last spoke in 2007. I will give you some background. I am a Marine who was blinded in Iraq by a roadside bomb back in the summer of 2004. I also suffered from a traumatic brain injury and post-traumatic stress. Here is description of my injury from my first post here in 2007, “What a Way to Come Home”: I was not only blinded but had also suffered a traumatic brain injury. My entire forehead was crushed and removed. My right hand was completely reconstructed. I am still missing my second metacarpal phalangeal joint and half of my fifth metacarpal phalangeal joint. To this day I still have limited movement in my right hand. I have come to affectionately refer to it as my “Bob Dole” hand. I also received severe trauma and had major surgery on my left knee. I now rock some wicked cool scars that include a 14 inch-long one that runs from temple to temple across the top of my head.

When we last spoke I was on the long road to recovery. I was living in Alexandria, Va., and had a girlfriend named Leslie. I was attending Northern Virginia Community College and had hopes of attending Georgetown University. There is much to talk about in the coming weeks. 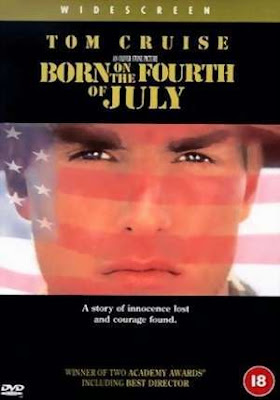 I will start by telling you that Leslie and I are now married. We were wed in May of 2008 in a small ceremony by a justice of the peace. In May 2009 we had a much larger wedding in Kitty Hawk, N.C. There were just over 100 people there. We got married on the beach and then had the reception at the Kitty Hawk Pier. It was wonderful and no one could have asked for a better or more beautiful wedding and lifelong partner. The morning of the ceremony it had started to sprinkle rain. Just a couple hours before the show started the rain cleared and we were blessed with a large rainbow over the Atlantic Ocean.

After the wedding in 2008 we all moved to McLean, Va. When I say “all” I am referring to not only myself and Leslie but also her 13-year-old son, Caleb. We rented a nice townhouse in the Tyson’s Corner area. We could walk across the street to the Galleria. If you read my earlier posts, you might remember that Leslie and Caleb lived in Richmond, Va. There was an important reason that they moved up to northern Virginia with me and I did not move to Richmond. 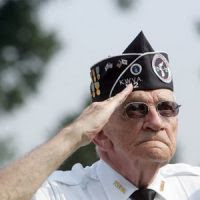 Guess what, people — I was accepted to Georgetown University! Anyone who knows me will tell you that this is an amazing feat. I graduated high school in Florida with a 2.3 grade point average. I then attended St. Petersburg Junior College for 4 and half years, where I put up an astounding 1.16 G.P.A. I never even took the S.A.T.’s. That is one of the reasons I joined the Marine Corps in the first place. 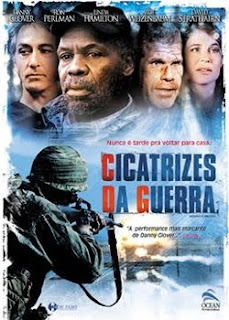 When I decided to go back to school and moved to the Washington area I did not know if I could achieve such a lofty goal. I started at Northern Virginia Community College and did very well. I took seven classes and got six A’s and only one B. With the help of a few friends and acquaintances I was able to transfer to Georgetown as a sophomore.

I did well academically at Georgetown (a 3.32 G.P.A.) but was not happy there. The school is a very good one and I would not trade the experience for anything. But Georgetown’s campus is very old and not A.D.A. compliant. To top it off, the campus is integrated into the Georgetown neighborhood, adding to the confusion of getting to class. Leslie and I discussed everything at great length and found that both of us were unhappy in the Washington area. We had a house in my hometown of St. Petersburg that we were paying for and not living in. Why not move there and live a less stressful life? So we did.

Once the decision was made it seemed like everything fell into place. I was accepted to the University of South Florida (they have a campus in St. Petersburg) and I am finishing my studies there. We also learned that Leslie could use my education benefits and finish school for herself. It was starting to become a no-brainer. Finally, Caleb was accepted into an excellent school in St. Petersburg for 8th grade. This was important because Caleb is an extremely intelligent kid who needs academic challenge.

Let me update you on a few things we have been doing since we last talked. When I last signed off I was driving Ferraris and jumping out of airplanes. (This is no joke there are witnesses and video documentation.) I was busy going to school and enjoying everything that life had to offer. But it has gotten a little more serious as of late.

Marriage and acceptance to Georgetown University brought on some much welcomed new responsibilities. I actually had to get serious and start acting my age (I am 30). But I’ve still managed to have some fun. I was brought on as a board member of the Blinded American Veterans Foundation (www.bavf.org). This is a grantmaking foundation dedicated to improving life for blinded veterans. I am very excited to be involved with this organization. One of the founders is a blinded veteran and friend named John, more commonly referred to as Sgt. Shaft. Shaft was blinded in June of 1967 while serving in Vietnam with the First Battalion, Fourth Marine Regiment. Coincidentally, my grandfather was the battalion commander for that same regiment in June 1967. 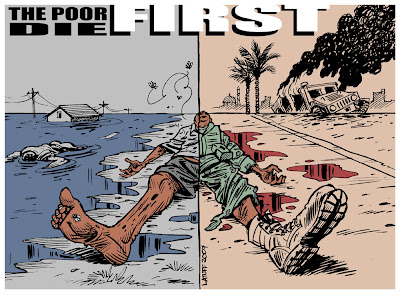 Shaft has become a good friend and mentor. He is one of the men that pushed me to go back to school and helped with my acceptance to Georgetown. 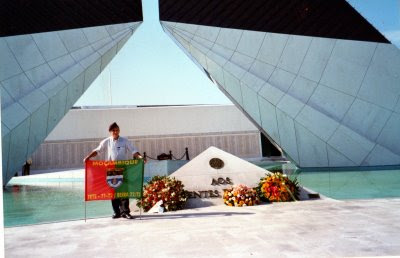 I am still active with Southeastern Guide Dogs in Palmetto, Fla(www.guidedogs.org). That is the school where I got my guide dog, Brittani. We have traveled the country attending different functions and enjoying many activities. Southeastern Guide Dogs started the Paws For Patriots program. This program offers priority placement for veterans of Operation Enduring Freedom and Operation Iraqi Freedom who are in need of guide dogs. The program has made a huge impact on my life and the lives of not only my family but over 100 service members and their families across the nation. Brittani and I are spokesperson and spokesdog (if not done before, I officially ordain “spokesdog” a word) for the program. It allows us to take a very active role in fundraising for the school.

In the coming weeks I would like to discuss some other topics that I have had to deal with in the last two years, including some of my experiences dealing with post-traumatic stress. As I said above, life has become more serious. I have had to face many of my shortcomings. I was blind (no pun intended) to a lot of the forces guiding my hand. I have continued my counseling and have made some great strides toward becoming a better person. I look forward to sharing some of them with y’all.