Eight years after the attack on New York, intelligence reports from captured western recruits suggest the terror network is weakening

The meeting was tense. The six recruits, from immigrant communities in France and Belgium, had decided to confront their al-Qaida handler. Before leaving their homes, they had watched al-Qaida videos on the internet and seen massed battalions of mujahideen training on assault courses, exciting ambushes and inspiring speeches by Osama bin Laden.

Now they had spent months in Pakistan's rugged frontier zones and had done nothing more than basic small arms training, some physical exercise and religious instruction. They had been deceived, they complained to the Syrian militant looking after them. The videos had lied.

Their handler was unapologetic. The flashy videos were a "trick" that served a dual purpose, he told them, "to intimidate enemies and to attract new recruits – propaganda."

The exchange, which took place a year ago, is revealed in interrogation documents obtained by the Guardian. The six would-be recruits are currently on trial in Europe after being arrested on their return home. But their experience is illuminating, amplifying suspicions about the current capability of the al-Qaida movement, and raising crucial questions: how strong is Bin Laden's terrorist group? What control and influence does it exert beyond its safe havens in south-west Asia? As British troops fight and die to secure Afghanistan to make Britain safer, where does the main threat come from? How close is the image of al-Qaida to the reality?

Eight years after the September 11 attacks in the US, it is clear that the threat to the UK remains. Britain is regularly cited as a target in militant propaganda and several dozen young British men, security sources say, travel every year to Pakistan to realise their ambitions of violent jihad.

This week's conviction of three Britons of Pakistani origin for the 2006 "Lucozade" plot against transatlantic flights was a sobering reminder. Others are recruited in Kashmir or the Punjab when they visit relatives. Suicide bombings in Afghanistan and Pakistan often involve al-Qaida. "AfPak and the al-Qaida core remain our focus and main concern," one Whitehall official told the Guardian.

But if the will to strike remains strong, the ability of al-Qaida's central leadership to commission or execute spectacular attacks looks weaker than sometimes thought, experts say.

The reality in the Pakistani tribal areas is certainly different from the popular image. The European volunteers told of crossed wires and confusion. Having been cheated by people smugglers on their journey via Turkey, no one was expecting them when they arrived in North Waziristan. Next, they were surprised to find they were expected to pay around $1,000 (£600) for their equipment, weapons and accommodation. The statements appear to confirm intelligence reports that al-Qaida is short of cash.

The disappointments continued. Bin Laden was impossible to see, they were told. Nor was there any real need for them as fighters in Afghanistan. Training involved little live firing; they underwent weeks of religious instruction from a junior cleric; an instructor made a bomb, but they had no opportunity to try themselves. They were often forbidden to venture outdoors. One of the six did eventually participate in operations against US forces. But the others, some ill and all disillusioned, gave up and returned to Europe. They deny prosecution claims that they came back to bomb the Brussels metro or football stadiums.

Their account of life at the heart of what intelligence sources call "the grand central station" of international Islamic militancy is corroborated by Bryant Neal Vinas, a young American convert arrested in October 2008. He also described moving from house to house and attending makeshift training sessions. His account, given to the FBI by Belgian investigators, stresses the militants' bureaucratic mindset, and even describes filling in forms in triplicate before sitting exams to test his suitability for a suicide attack. 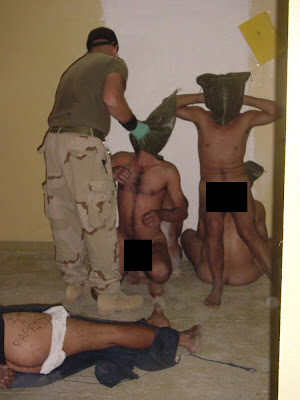 Vinas did finally participate in several raids on US army posts over the border in Afghanistan before being arrested by Pakistani agents. But though a motivated recruit, he describes the fragmented nature of al-Qaida's operations. He refers to the deaths of senior al-Qaida figures in strikes by unmanned Predator drones.

The European volunteers speak of the almost neurotic concern about invisible "chips" supposedly planted by spies to guide in missile attacks. Fear of interception meant no use of mobile phones, only radio and notes carried by hand — though one recruit was allowed to contact his girlfriend from an internet cafe in a nearby town.

Analysts agree with the picture of al-Qaida under pressure. Intelligence services stress the efficacy of drone attacks eliminating a layer of "middle managers" and the fatal vulnerability of electronic communications. Others point to the infrequency of statements from the leadership. Ayman al-Zawahiri, Bin Laden's Egyptian deputy, speaks more often than the al-Qaida leader. Messages are "opportunistic and vicarious," claiming responsibility for events that are nothing to do with the group. "For aspirant followers and local groups it is very difficult to join up and get strategic planning or help, and that is a significant problem," said Richard Barrett, co-ordinator of the UN's al-Qaida and Taliban monitoring team. "The [leadership] are losing relevance. Even 9/11 is now history for many younger potential recruits. [Al-Qaida's] threats need to be credible. If not, they weaken quite quickly."

Nigel Inkster, of the International Institute of Strategic Studies in London, a former deputy director of MI6, said: "It's a lot harder for al-Qaida central to continue to orchestrate a coherent suite of operations against western targets."

Yet deadly operations do still take place – far away from Pakistan. In recent months there have been scores of attacks by al-Qaida in the Islamic Maghreb (AQIM) against Algerian security forces, with around 30 dead. In May, a British hostage, Edwin Dyer, was killed by the group in Mali after the UK refused to free the imprisoned Abu Qatada, a Jordanian cleric described as "Bin Laden's ambassador in Europe". Mauritania is also a source of concern. Libya is said to play a key role in fighting the terrorists – one reason that a friendly relationship with Muammar Gaddafi is deemed so important.

Analysts divide al-Qaida into three elements: the hardcore leadership, "affiliate" or "franchised" groups like AQIM, and the ideology that motivates and attracts freelancers and individuals. Although this month's bombings have shown that al-Qaida in Iraq is still active, the group is a shadow of its former self. Al-Qaida in the Arabian Peninsula, once focused in Saudi Arabia, Bin Laden's homeland, has been forced into exile in neighbouring Yemen, where poverty and conflicts have led to an upsurge in activity that has included bomb attacks on the US embassy and foreign tourists.

"They have been unable to reorganise in Saudi Arabia, where they never had any real popular support," said Thomas Hegghammer, an expert at Harvard.

Saudi authorities, with US help, have run successful "deradicalisation" programmes. Last month they arrested 40 suspects, but one man posing as a repentant militant blew himself up – with explosives hidden in his rectum – in a failed attempt to kill Prince Mohammed bin Nayef, the mastermind of the kingdom's counter-terrorist effort.

Elsewhere, al-Qaida-related groups in Lebanon, Syria, Palestine, Jordan and Turkey remain weak in the face of popular hostility and effective and ruthless security services. Al-Qaida's opposition to Hamas and Hezbollah, seen as the vanguard of resistance to Israel, is a serious handicap.

The exception is AQIM, born of Algeria's bloody civil war, and rejuvenated by the war in Iraq and by its loudly trumpeted 2006 alliance with al-Qaida central. European intelligence agencies fear it may be able to reach across the Mediterranean through support among European Muslims of North African origin. "We know there are logistics networks. The question is if they will be activated," said one French intelligence source. "At the moment it is unclear if they can – or if they want to."

In Morocco, interviews with the families of detained militants showed that most were part of individual cells of young disenfranchised men who got the idea of blowing themselves up and who have never heard of AQIM. The kingdom has not seen a repeat of the violence of 2003, when bombs went off in Casablanca, or a second wave of attacks in 2007. As in Saudi Arabia and Egypt, senior clerics have spoken out to condemn terrorism as a distortion of sharia law.

In faraway Indonesia, the world's largest Muslim country, another key al-Qaida affiliate was Jema'a Islamiya (JI), implicated in the 2002 attack on a Bali nightclub that killed more than 200. With key personnel who had acted as links with the al-Qaida leadership in Pakistan now detained or dead, JI has undergone a series of evolutions to eventually reject violence in their homeland while justifying it in certain other "theatres of jihad".

As in Algeria, the unpopularity of mass casualty attacks among ordinary Indonesians was key to their strategic repositioning. According to Sidney Jones of the International Crisis Group, the July hotel bombings in Jakarta were the work of a breakaway JI faction led by veteran militant Nooruddin Top and locally recruited suicide attackers.

Top has been able to plug into networks linked to religious schools or teachers unhappy with the switch of strategy of mainstream JI to access recruits convinced that the "global jihad" is still relevant where they live. 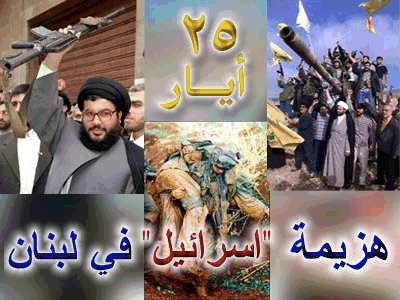 Hegghammer says such affiliated groups around the world have become "hybrids" that combine the global ideology of al-Qaida with a local focus. 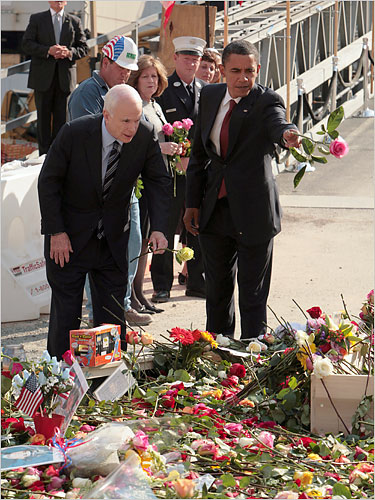 Security sources are now wary of using the al-Qaida label too loosely. Connections with the leadership are often tenuous.

In Egypt, Jordan, and this month Libya, militant thinkers, usually behind bars, have "revised" their views and repudiated former comrades who are still fighting a global jihad. "We tend to look for al-Qaida when there is in fact a local agenda," admitted one European intelligence officer.

Yet if the hardcore leadership is facing significant challenges and the affiliates are suffering, there are still concerns that al-Qaida's ideology, though rejected so categorically by populations across the Islamic world, still poses a significant threat.

"It only takes one or two," said Alain Bauer, a security adviser to the French president. The Belgian and French volunteers so disappointed by their experience in Waziristan were "self-radicalising". One joined after talking to members on a radical Islamist website, one of half a dozen sites that are becoming more sophisticated despite official attempts to disrupt them. In content their focus has shifted from Iraq to Afghanistan — a "sea change" says Norwegian expert Brynjar Lia.

The route trodden by Vinas shows the continuing pull of the "lifestyle choice" of jihad. Vinas, from a middle-class Catholic Californian family, travelled to south-west Asia, sought out a contact in Lahore and made determined efforts to find al-Qaida.

In the UK recent trials have shown that the "X-factor" added by the al-Qaida leadership may facilitate attacks but is far from a prerequisite of radical activity. The so-called doctors' plot in the UK in 2007 had no direct input from Bin Laden associates. Other incidents have often involved loners. British intelligence services are aware of Britons travelling to Somalia to fight alongside Islamic militias. Some are British-Pakistanis who travel to east Africa despite being unable to speak local languages.

"Things are not going well for al-Qaida," said Inkster. "But for every terrorist or insurgent movement, simply surviving represents a victory. Living to fight another day is something that these organisations all do. This is a generational phenomenon. There is a level of vulnerability in a young Islamic population that will keep expanding. The attraction of jihadism will remain."

Andrew Silke, of East London University, also believes that the underlying causes of radicalism are intact.

"Iraq and Afghanistan were big drivers of extremism in the UK," he said. "The fact that Iraq has now dropped off the radar is helpful and you would expect benefit from [Barack] Obama replacing Bush, so an improvement is logical. But one really bad attack will start stoking it up again