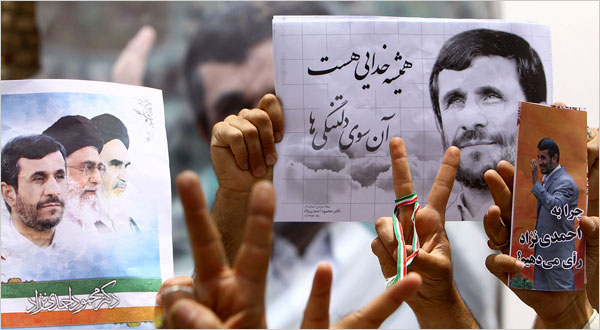 TEHRAN — The streets of Iran’s capital erupted in the most intense protests in a decade on Saturday, with riot police officers using batons and tear gas against opposition demonstrators who claimed that President Mahmoud Ahmadinejad had stolen the presidential election. 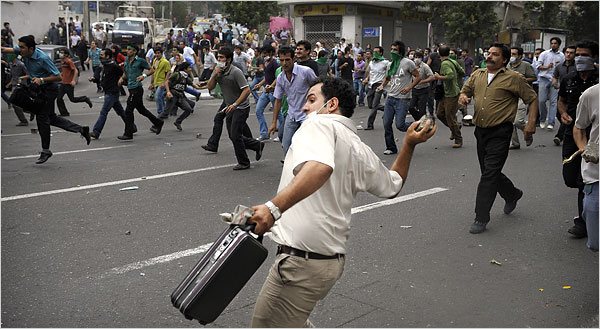 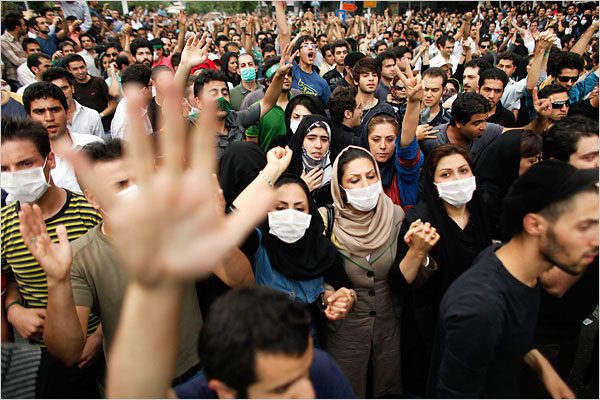 Witnesses reported that at least one person had been shot dead in clashes with the police in Vanak Square in Tehran. Smoke from burning vehicles and tires hung over the city late Saturday. 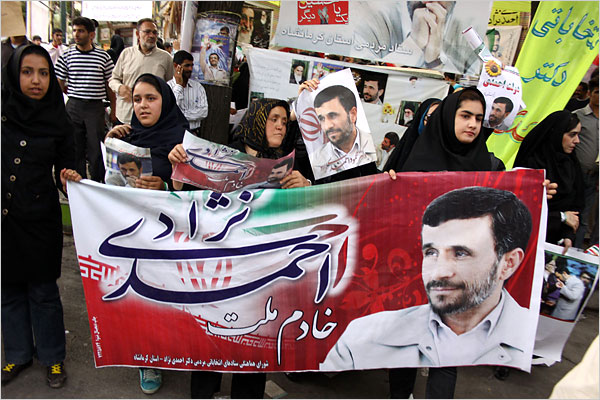 The Interior Ministry said Saturday afternoon that Mr. Ahmadinejad had won 62.6 percent of the vote, with Mir Hussein Moussavi, the top challenger, taking just under 34 percent. Turnout was a record 85 percent. 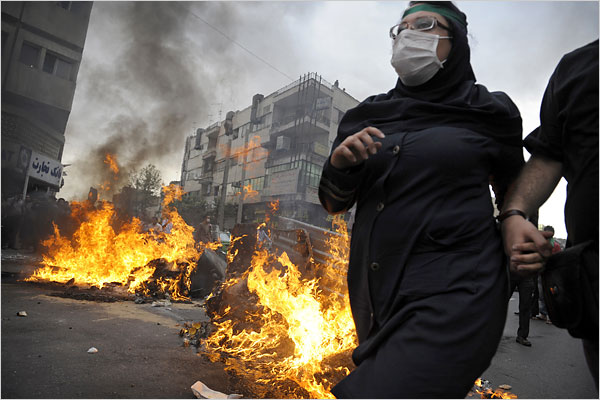 The landslide victory for Mr. Ahmadinejad, an intensely divisive figure here and abroad, came as a powerful shock to opposition supporters, who had cited polls showing that Mr. Moussavi had a strong lead in the final days of the campaign.

Interior Minister Sadegh Mahsouli said Saturday that such a lead was a misimpression based on Mr. Moussavi’s higher levels of support in the capital, and that he had less backing elsewhere. 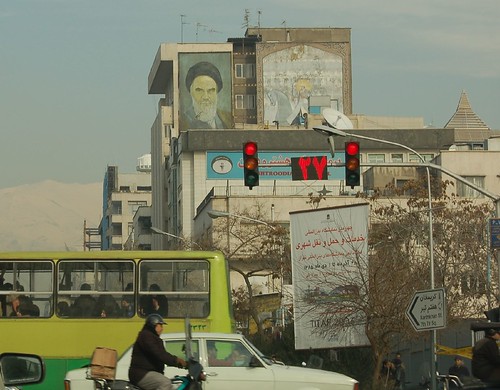 Mr. Moussavi made clear in statements on Saturday that he rejected the results and called on supporters and fellow clerics to fight them. But there were no reports of any public appearances by him through the day, leading to rumors that he might have been arrested. 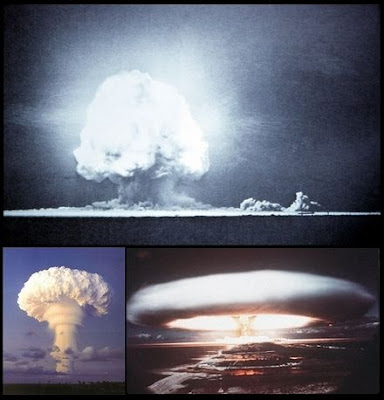 In a statement posted on his campaign Web site, Mr. Moussavi said: “Today the people’s will has been faced with an amazing incident of lies, hypocrisy and fraud. I call on my Iranian compatriots to remain calm and patient.” But Ayatollah Khamenei closed the door to any appeals for intervention in a statement issued on state television on Saturday afternoon, congratulating Mr. Ahmadinejad on his victory and pointedly urging the other candidates to support him. In a televised address to the nation Saturday night, Mr. Ahmadinejad called on the public to respect the results, and he denounced foreign diplomatic and journalistic criticism. 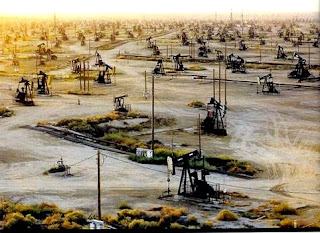 “All political and propaganda machines abroad and sections inside the country have been mobilized against the nation,” he said. 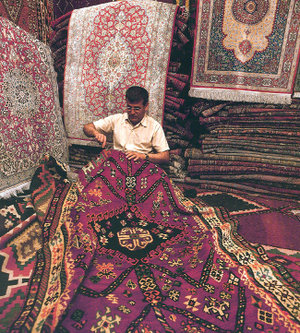 Mr. Moussavi’s defiance seemed to fuel street resistance by his supporters — a coalition including women, young people, intellectuals and members of the moderate clerical establishment — who had united in opposition to Mr. Ahmadinejad’s erratic economic stewardship, confrontational foreign policy and crackdown on social freedoms. 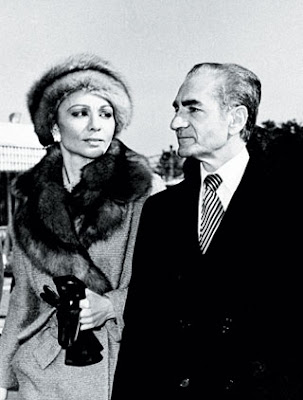 “Death to the coup d’état!” chanted a surging crowd of several thousand protesters, many of whom wore Mr. Moussavi’s signature bright green campaign colors, as they marched in central Tehran on Saturday afternoon. “Death to the dictator!”

Farther down the street, clusters of young men hurled rocks at a phalanx of riot police officers, and the police used their batons to beat back protesters. There were reports of demonstrations in other major Iranian cities as well. The authorities closed universities in Tehran, blocked cellphone transmissions and access to Facebook and some other Web sites, and for a second day shut down text-messaging services. 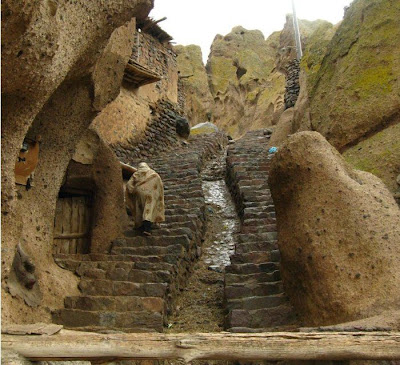 As night settled in, the streets in northern Tehran that recently had been the scene of pre-election euphoria were lit by the flames of trash fires and blocked by tipped trash bins and at least one charred bus. Young men ran through the streets throwing paving stones at shop windows, and the police pursued them.

Earlier in the day, hurried meetings were reported among Iran’s leading political figures and clerics; some were said to be trying to influence Ayatollah Khamenei to intervene in a situation that could stain public confidence in the integrity of Iran’s elections.

But Saeed Leylaz, an economist and political analyst, said he believed that Ayatollah Khamenei’s statement would bring a resolution, even if demonstrations persisted for a few days. “This has put an end to political negotiations from above,” Mr. Leylaz said.

For the moment, Ayatollah Khamenei’s admonition did nothing to calm the opposition’s rage.

“The results of the 10th presidential election are so ridiculous and so unbelievable that one cannot write or talk about it in a statement,” said Mehdi Karroubi, a reformist cleric and candidate. 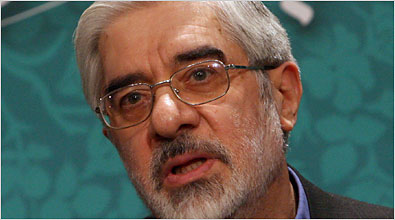 Mr. Karroubi came in last with 300,000 votes — far fewer than analysts had predicted. “It is amazing that the people’s vote has turned into an instrument for the government to stabilize itself,” he said.