Countries around the world began tightening their border and immigration controls Tuesday as the number of confirmed cases of swine flu continued to rise. 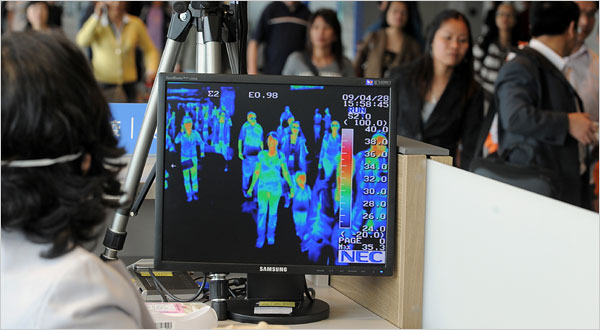 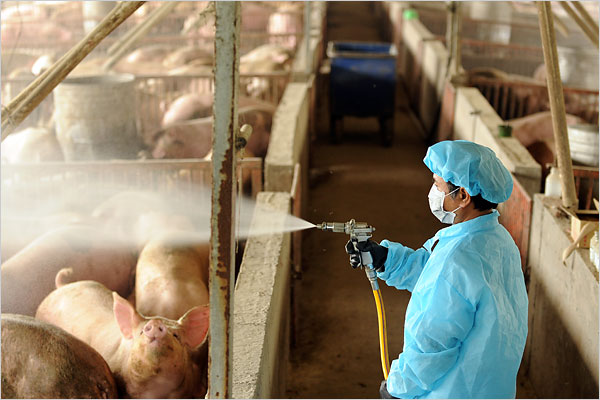 The number of deaths believed attributable to swine flu climbed to as many as 152 on Tuesday — all of them in Mexico — as news agencies reported the number of confirmed cases of infection in the United States stood at 50 after further testing at a New York City school. 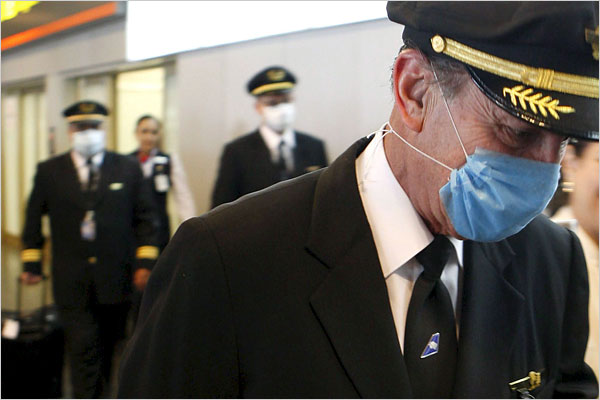 Other cases have been reported in Ohio, Kansas, Texas and California. In addition, The Associated Press reported that preliminary tests by health officials in New Jersey had identified five “probable” cases — four people who were recently in Mexico and one who had been in California.

Spanish Health Minister Trinidad Jiménez on Tuesday said Spain had confirmed a second case of swine flu, in the eastern province of Valencia, but that the patient was recovering well.

Israel’s Ministry of Health on Tuesday reported the first case in the country. Smadar Shazo, a Health Ministry spokeswoman, said the man who contracted the illness, a 26-year-old, had recently returned from Mexico. Ms. Shazo said he is in good health now and is likely to be released from hospital Wednesday.

About 1,600 people in Mexico are now believed to have swine flu.

The World Health Organization raised its global pandemic flu alert level on Monday while recommending that borders not be closed nor travel bans imposed. But in a possible precaution to be taken by other nations, Japan said Tuesday it would no longer allow Mexican travelers to obtain a visa upon arrival.

Health officers at three Japanese airports also were being deployed Tuesday to check passengers before they disembarked from flights coming from Mexico, Canada and the United States. Travelers suspected of having the flu would be quarantined and examined further at medical facilities, news agencies reported, citing the Japanese health minister.

At least eight other countries in Asia were checking air passengers arriving from North America, and China was tightening land border checks as well. Hong Kong, Taiwan and Russia were set to quarantine passengers suspected of having the flu.

On Monday, Indonesia banned all pork products coming from Canada, the United States and Mexico, and said it would destroy any pork products imported before the ban. International health experts said the flu cannot be transmitted from pigs or from eating properly handled pork.

Two people in Scotland — the first known victims of the virus in Britain — were said by hospital authorities on Tuesday to be recovering after contracting the flu while on honeymoon in Cancún, Mexico. But the British authorities warned against nonessential travel and suggested that British citizens in Mexico should consider leaving. In an advisory on Tuesday, the British Foreign Office said: “We are now advising against all but essential travel to Mexico. Routine consular and all visa services at the embassy in Mexico City have been suspended until further notice.” It added: “British nationals resident in or visiting Mexico may wish to consider whether they should remain in Mexico at this time.” The increase of the W.H.O. alert to Level 4 from Level 3 means that there has been sustained human-to-human transmission. The change “indicates that the likelihood of a pandemic has increased, but not that a pandemic is inevitable,” said Dr. Margaret Chan, the W.H.O. director general.

The W.H.O.’s emergency committee, after meeting until 10:30 p.m. in Geneva, recommended abandoning efforts to contain the flu’s spread.

“Because the virus is already quite widespread in different locations, containment is not a feasible option,” said Dr. Keiji Fukuda, the deputy director general.

The W.H.O. also recommended that vaccine makers keep making the seasonal flu vaccine instead of switching over to a new one that matches the swine flu strain, but it urged them to start the process of picking a pandemic strain, weakening it and making large batches of it, which could take six months.

Dr. Fukuda emphasized that the committee thought that “a pandemic is not inevitable — the situation is fluid and will continue to evolve.”